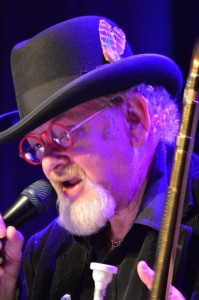 Tom Nicolson was born in Aberdeen, Scotland, and spent his childhood in the Farnborough area in England. He started on trombone at an early age and played with local jazz bands, often as warm up groups for such luminaries as Ball, Barber, and Bilk. He emigrated to Australia in 1971 and did not play again until moving from Melbourne to Brisbane in 1979. A natural-born entertainer, Tom joined the CSJB soon after, and gave away his 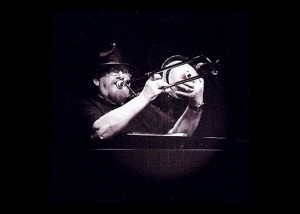 job as an industrial designer to become a full time entertainer, a role in which he has enjoyed much success over the last 20 or so years.

Tom has played with Graeme Bell, Bob Barnard, Eric Holroyd and numerous other leading Australian jazz musicians. Tom is the band’s “front man” and his quick wit keeps audiences entertained. His specialty is “tailgate” trombone and he is also a talented vocalist, and plays banjo on selected tunes.